What Are We to Believe About Medjugorje? Here Are the Facts

In the midst of conflicting reports and opinions, what are we to believe about Medjugorje? 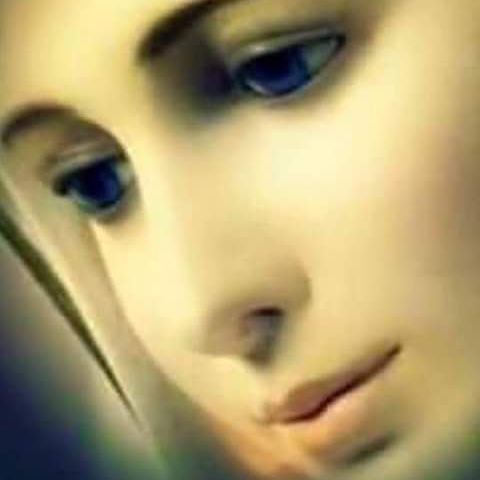 Here are facts regarding Medjugorje.
May they provide help in discerning the authenticity of these daily reported apparitions.
(I've written much about Medjugorje. To find out more, click on the links at the end of this article.)

Fact:  Medjugorje is a village where tens of millions have visited since 1981. It has been reported consistently and undeniably, for nearly 38 years, that Mary, the Mother of Jesus has been coming to earth every day to call people to conversion and prayer.

The International Investigative Commission on Medjugorje, presided over by Cardinal Camillo Ruini, was established by Pope Benedict XVI. The Vatican Commission studied the alleged apparitions of Mary at Medjugorje for 4 years, from 2010-2014. This study, confirmed by Archbishop Hoser below, reportedly voted overwhelmingly to recognize as supernatural the first seven appearances of Mary in 1981.
The commission also reportedly recommended Medjugorje to be designated as a pontifical shrine.
Pope Francis commented on the study, saying:

"The 'real core' of the commission’s report is 'the spiritual fact, the pastoral fact' that thousands of pilgrims go to Medjugorje and are converted. 'For this there is no magic wand; this spiritual-pastoral fact cannot be denied.'" First Medjugorje Apparitions were Real Vatican commission Reportedly Found

Fact:     POPE FRANCIS HAS AUTHORIZED DIOCESAN PILGRIMAGES
[May 12, 2019]“Pilgrimages to Medjugorje…can now be officially organized by dioceses and parishes and will no longer take place only in a private capacity which as has so far been the case. The announcement was made during Mass, at the parish shrine which has become a destination for millions of pilgrims, by the Apostolic Nuncio Luigi Pezzuto in Bosnia-Herzegovina and Archbishop Henryk Hoser, the Holy See's Special Apostolic Visitator.” This announcement confirms Archbishop Hoser’s previous statements below.
Pilgrimages do not authenticate known events The "ad interim" director of the Holy See Press Office, Alessandro Gisotti: "care to prevent these pilgrimages from being interpreted as an authentication of known events, which still require examination by the Church."
Pastoral attention "Considering the considerable flow of people who go to Medjugorje and the abundant fruits of grace that have sprung from it - continued Gisotti - this authorization is part of the particular pastoral attention that the Holy Father intended to give to that reality, aimed at encouraging and promoting the fruits of good". https://www.vaticannews.va/en/pope/news/2019-05/pope-authorizes-pilgrimages-to-medjugorje.html
Andrea Tornielli:  “The authorization of pilgrimages is a sign of recognition of the good that happens in the parish shrine, where many people come closer to the sacraments.” It is a fact that millions of pilgrims in recent years have had a significant experience of faith on their way to Medjugorje: this is attested to by the long lines at confessionals and the evening Eucharistic adoration in the large parish church without a square metre free filled with kneeling faithful."
Pope Francis: "I believe" that "in Medjugorje there is grace. There is no denying it. There are people who convert." … dioceses and parishes will be able to organize and guide those pilgrimages which are an expression of the Marian piety of the people of God.” https://www.vaticannews.va/en/pope/news/2019-05/medjugorje-the-marian-faith-and-the-decision-of-the-pastor.html

"Archbishop Henryk Hoser of Poland determined, after months of observing [Medjugorje] first-hand, that the message there “can be put at the same level as that delivered in the French city of Lourdes and the Portuguese city of Fatima” (according to a report in Crux Now.) He called Medjugorje — which has two-and-a-half million visitors a year, despite previous vehement opposition to it — “the spiritual lungs of Europe.”
One must take this all in: Medjugorje has not just a pastor overseeing it, not just a shrine rector, but now its own archbishop, which may be without precedent in major apparitions — replacing the authority of an antagonistic bishop in the nearby city of Mostar.
“With regard to the international phenomenology, they are very similar,” Archbishop Hose said, according to the website Total Croatia, in comparing it to Lourdes and Fatima.

“These are certainly the three greatest pilgrimage sites. The power of grace that is felt here, the power of God’s words here proclaimed, make us witness to many radical transformations that are happening here. Medjugorje has become the confessional of the world." There is a difference between Archbishop Hoser and many skeptics: he actually went there."
spiritdailyblog.com/news/a-new-trend-in-apparitions

1.    “Devotion of Medjugorje is allowed. It’s not prohibited, and need not be done in secret.”
2.    Medjugorje is a “phenomenon”, a “movement [that] will not stop and should not be stopped”, saying it is “one of the most living places of prayer and conversion in Europe – with a healthy spirituality. "


3.     “…All indications are that the revelations will be recognized… Specifically, I think it is possible to recognize the authenticity of the first apparitions as proposed by the cardinal commission. Ruini. Besides, it is difficult to get another verdict, because it is difficult to believe that six seers will lie for 36 years. What they say is consistent. There are no people haunted or mentally disturbed. The powerful argument for the authenticity of the apparitions is Faithfulness to the doctrine of the Church.  If the revelations, and at least the first seven, will be recognized, this will be a tremendous stimulus for Medjugorje."


4.      “Today, dioceses and other institutions can organize official pilgrimages.”


"[A diocesan trip to Medjugorje would be] a pilgrimage of spiritual transformation, conversion and consolidation of faith – because all these elements are realized there."


5.    “There is a massive number of confessions. They have about 50 confessionals, which are not enough. These are very deep confessions.” https://cruxnow.com/global-church/2017/08/19/vatican-delegate-every-indication-medjugorje-will-recognized-perhaps-later-year/


Fact: In his writings, Father Gabriel Amorth, who for 20 years was the Vatican’s chief exorcist of Rome before his death, spoke often of the Queen of Peace of Medjugorje and defined the apparitions as “a massive work of catechesis”, which directs us, every day, to the ways to win the battle against evil.  He said:


“God has given us Mary as the last chance to save humanity.”
Fact: Jesus tells us how to judge whether something is good or evil. He tells us:
A good tree does not bear rotten fruit, nor does a rotten tree bear good fruit. For every tree is known by its own fruit. (Luke 6:43)

Regarding the fruits, Father Amorth proclaims:
“The Gospel is so clear, it tells us how to discern! By the fruits you will know the tree! It has been 30 years ... [and] Medjugorje has given us fruits that are ultimately exquisite! Confession, conversion, vocations, graces of every kind! For more than 30 years!”

What if God really is sending someone from heaven to convert our hearts?
If the apparitions are true, it isn't without reason that God is sending his Mother to us and so it most be of tremendous importance.
The reason can be found in Mary's reported messages, which urge people to be converted. The following reported messages express the urgency of Our Mother's call:

Our Mother’s Messages ARE AT The Heart of Medjugorje


“I have come to tell the world that God exists. He is the fullness of life, and to enjoy this fullness and peace, you must return to God”.


"… The only thing that I would want to tell you is to be converted. Make that known to all my children as quickly as possible. No pain, no suffering is too great to me in order to save you. I will pray to my Son not to punish the world; but I beseech you, be converted. You cannot imagine what is going to happen nor what the Eternal Father will send to earth. That is why you must be converted! Renounce everything. Do penance. Express my acknowledgement to all my children who have prayed and fasted. I carry all this to my Divine Son in order to obtain an alleviation of His justice against the sins of mankind. I thank the people who have prayed and fasted. Persevere and help me to convert the world." 1040

"I have come to call the world to conversion for the last time." May 2, 1982
How to attain this conversion are the core of her reported messages, which include asking us to pray for peace, to pray with our heart by meditating continually on Jesus' life, death and resurrection - to fast, to confess, to have strong faith and to center our lives on worshiping God in the Mass and reading Scripture.
This formula and the grace pouring down from heaven has converted countless souls, who have become completely devoted to God through her messages.
In essence, through Mary's intercession, those who heed her reported messages are holding fast to the two pillars that St. John Bosco saw as the salvation of the Church: the Eucharist and our Blessed Mother.

What is the Holy Father's Mission In Medjugorje?

Installment of the Apostolic Visitor in Medjugorje: "Sign of a Great Respect and Recognition ... The Act Through Which the Church Officially Recognized the Good Fruits of Medjugorje"

Do the Papal Envoy's Words Mean Vatican Approval for Medjugorje is Near?

Medjugorje... Over 33 Years of Reported Apparitions - Should We Believe?